My first spontaneous trip! To be honest, three months before going, I had no idea I was going abroad. But an affordable opportunity came my way and with a click of a button I made the decision to buy my San Francisco to Beijing plane ticket.

Three months later I was off to China, alone! (Well not really, I went with a travel company and there were 16 of us in the group, to read about that, check out my blog section “G Adventures”). I 100% underestimated China. Obviously, when I booked the trip I knew I wanted to see the Great Wall of China, but did not know what else to go see. This was another reason that for me, traveling with a travel company made sense, because they could offer much more insight about the country. WOW do I feel ignorant now! China has so much to offer, from the history, culture, food, nightlife, and scenery. I went from the history of the Forbidden City and the Great Wall of China in Beijing, to one of the 8th wonders of the world: The Terracotta Warriors in Xi’an. Next to the small town of Suzhou, or the “Venice of the east”. The modern big city of Shanghai, to the culture and scenery of the countryside in Yangshuo. Each city I visited blew my mind more and more.

Beijing- A must if you want to see the most preserved area of the Great Wall of China. Honestly I did not do much in this city besides that. I personally did not think much of Beijing, I found Shanghai and Hong Kong so much more enjoyable, though it was a great place to begin the trip and in my opinion the Great Wall is a must. As well as the Great Wall of China, the one other must do in Beijing is the Forbidden City!

Xi’an- Before my trip I had never even heard about this city. However, it is home to the new 8th wonder of the world, “The Terracotta Army”. If you have never heard of this army (I never had before), look it up on google!! Insane history and discovery my a farmer who lived where they were found. Seeing this world heritage site up close and personal was incredible. I think up to date this is the coolest thing  (and oldest) I have gotten to experience. I think Xi’an is worth the 10 hour overnight train from Beijing just to see the Terracotta Army, though if that is not enough, Xi’an is an amazing city. It is smaller then the major cities which makes it more charming and laid back. The city has a “wall” of their own that makes a square around the city center. I suggest renting a bike and riding around the entire thing, makes for a great time and a great view of the city. In the evening, the nightly street food market is INSANELY AWESOME! If you want culture, this is where you will get it. Great food, great energy, and just overall a fabulous evening out in the middle of traditional Chinese culture and festivities. 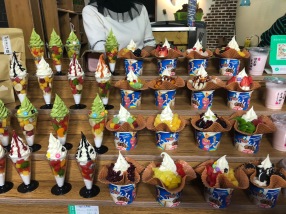 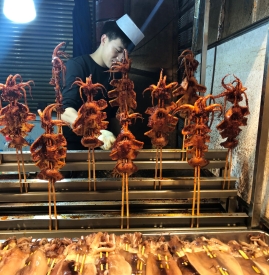 Suzhou- I was only here for a day, which seemed to be enough since it is a small town, but definitely worth the day trip. Called the “Venice of the east”, this town is covered with canals with plenty of restaurants and bars on each side of the main canal. Pretty touristy area, due to the charming town and scenery. 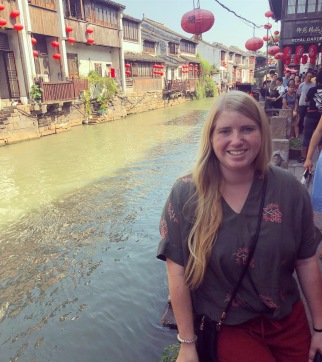