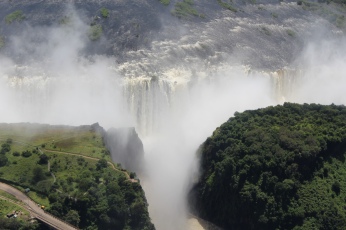 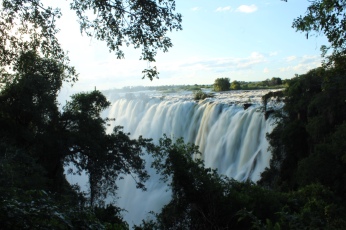 One of the seven natural wonders of the world, and now I know why! If you are making the trip all the way to see Victoria Falls, I strongly suggest the helicopter ride (with a package with a sunset/booze cruise for only 15$ more, just sayin)! Per usual helicopter activities aren’t the cheapest, however compared to everywhere else in the world that I’ve looked into doing a helicopter activity, this has been the cheapest by a long shot! I think this opportunity was actually incredibly reasonable and I would honestly probably pay to do it again! It was my first time in a helicopter. The view from the sky shows you the true beauty and history of the falls. You can see how the river flows in a zig zag down into Zimbabwe, we learned the zig zag formation is due to the falls moving over millions of years, you can only truly see this from the sky! It is completely visible how they have slowly moved backwards and created this beautiful landscape. We also got to see an elephant at the top of the falls from the helicopter! Such a cool experience! The mist of the falls you could see from miles away, and of course the famous bridge that sits between two countries: Zambia and Zimbabwe. 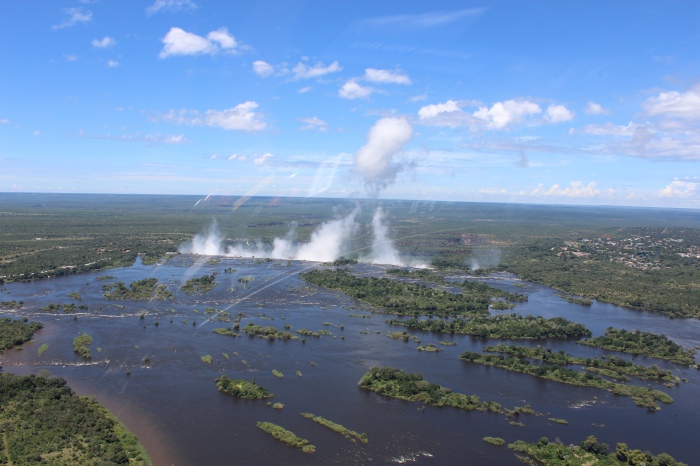 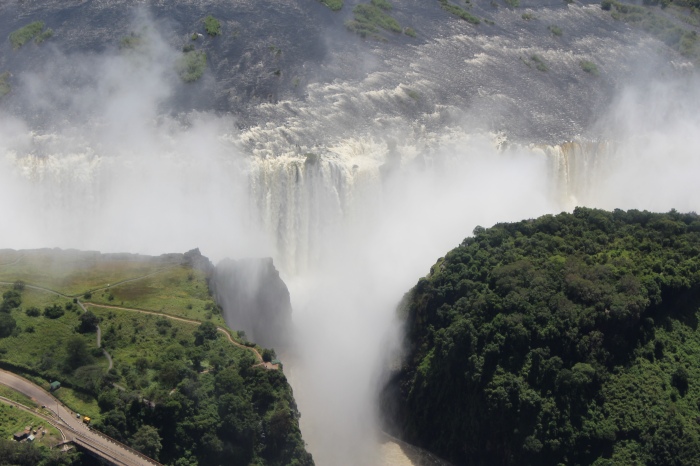 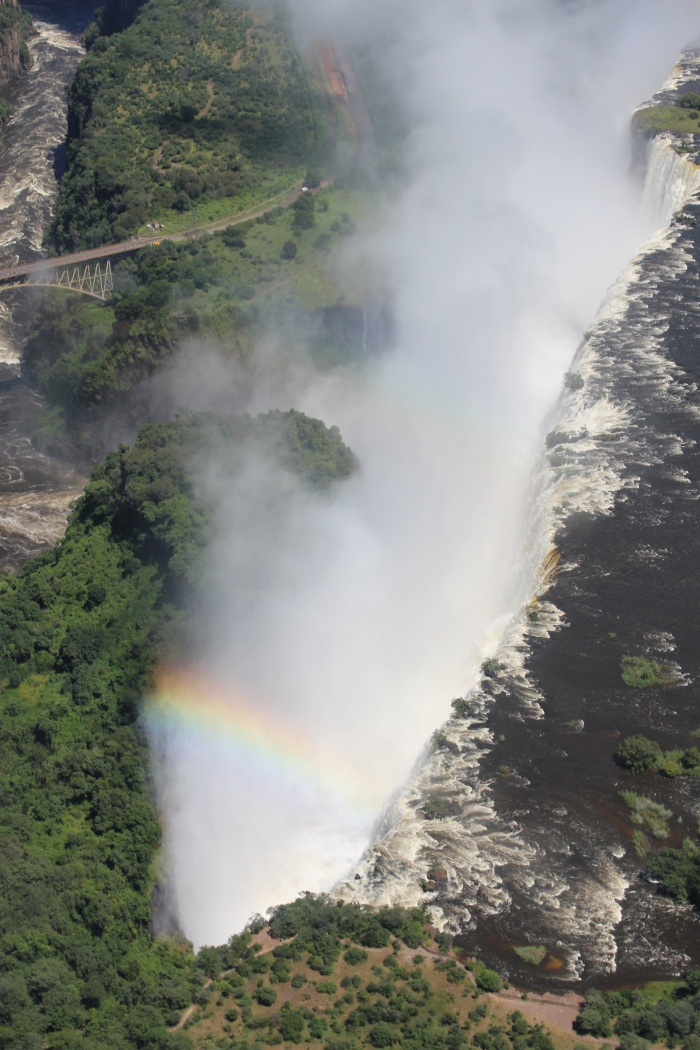 Though we saw the falls in their entirety from the sky, we knew we also wanted to explore the Victoria Falls National Park, and get to see the falls up close. Be prepared, you get SOAKED! So cool you literally walk into the highest powered shower you’ve ever had. We actually first visited the park at night because we had made some friends with a few locals who told us about the “moonbow”. Once a month on the full moon, the moon is so bright that it creates a rainbow over the falls once it is dark out! Very cool! One of those moments you just had to be there because we didn’t bring our phones or cameras, just went in our swimsuits! I’m not kidding you get SOAKED! The moonbow was super incredible and we were really excited to have been able to be there for the full moon, and experience it with some local new friends! We had no idea about it perviously!

A week later we went to the Falls again during the day this time. I’m actually quite surprised it took us so long to get there during the day, but there is just so much to do in and around Livingstone, Zambia. Once we arrived, wow, the thunder from the falls as you approach. We heard it when we went at night, but truly seeing it during the day and hearing the thunder was just insane. And next thing you know you are getting soaked by the falls themselves because they are just so powerful with mist. I completely understand now why the are called “Mosi-oa-Tunya” in English: The Smoke that Thunders. (Try the local “Mosi” beer named after the falls, less than a US dollar!)

The second bridge (the big, famous one) has a swing and bungee jump that we were going to make our way over to, unfortunately, I cracked open my lip while exploring the falls and we headed back a little early:( I ended up being totally fine, some great new friends from London were doctors and said I didn’t need stitches and that I was fine. AKA I should have sucked it up and still gone to the bungee jump with a bloody lip. On a brighter note, this just gives me an excuse to return one day! Overall, even with cracking open my lip, the day at the falls was amazing!

View all posts by Travel Addict: A Female Traveler